Heaps of earnest, oddball projects fuel their passions via crowd funding efforts, but none thus far have dared to dream of such heights as The Moonhouse, which aims to plant a self-assembling little cabin on the moon by October 2015, when the spaceX’s falcon 9 craft takes off. Proposed by swedish artist and entrepreneur Mikael Genberg and designed by American aerospace company Astrobotic, the unassuming, 29-foot hut is to be cloaked in a “specially developed space-cloth” and pumped full of gas, which will apparently cause the structure to built itself once positioned. “The Moonhouse is a seamless meeting between culture and technology, art and science, history and the future but above all between space and mankind,” explains the team of this latest outer space venture. “[It] seeks to inspire people to push through our mental boundaries and change the perception of what is possible.” Amateur astronomers can help back the effort—it has a really, reallylong way to go—by visiting the official donation website, which offers video footage and progress updates once the thing gets off the ground, so to speak. In the meantime, find another fairly ridiculous rendering below: 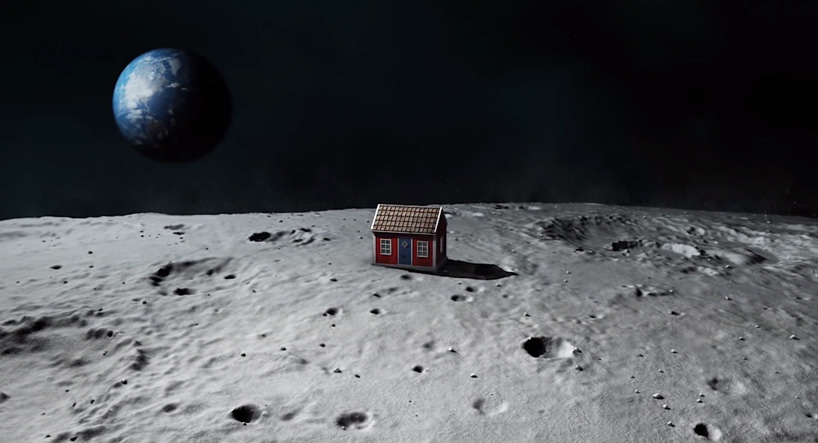